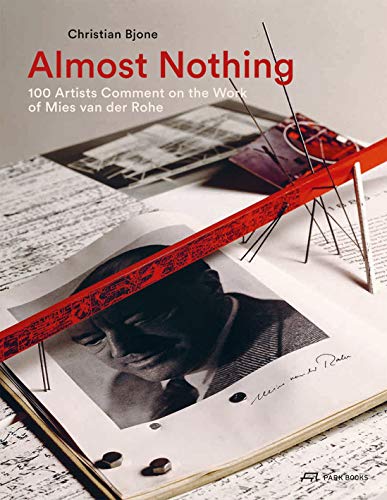 Reseña del editor Ludwig Mies van der Rohe (1886-1969) is undoubtedly one of the most significant and influential architects ever. To the present day, his designs and realised buildings, as well as his thinking and writings, continue to initiate many controversial debates on the achievements and failures of modern architecture. Yet not only architects and urban designers have been inspired or appalled by Mies. This new book demonstrates that his influence reaches far beyond the boundaries of professional architecture. Almost Nothing collects work by 100 painters, sculptors, photographers, film directors, designers, cartoonists, and architects who comment on the buildings, designs, and statements by, or images of, the legendary architect. The works also form a 100-fold re-interpretation of Mies van der Rohe's life and oeuvre. New York-based architect and writer Christian Bjone in his accompanying text provides rich background information on the individual artists and the depicted art works. The book's title refers to a statement by Mies himself on one of his celebrated masterpieces, Crown Hall on IIT campus in Chicago, which ingeniously combines simplicity with complexity. Biografía del autor Christian Bjone graduated in architecture from the University of Illinois at Chicago and Princeton University. He lives and works in New York and is the author of three previous books on architectural history.